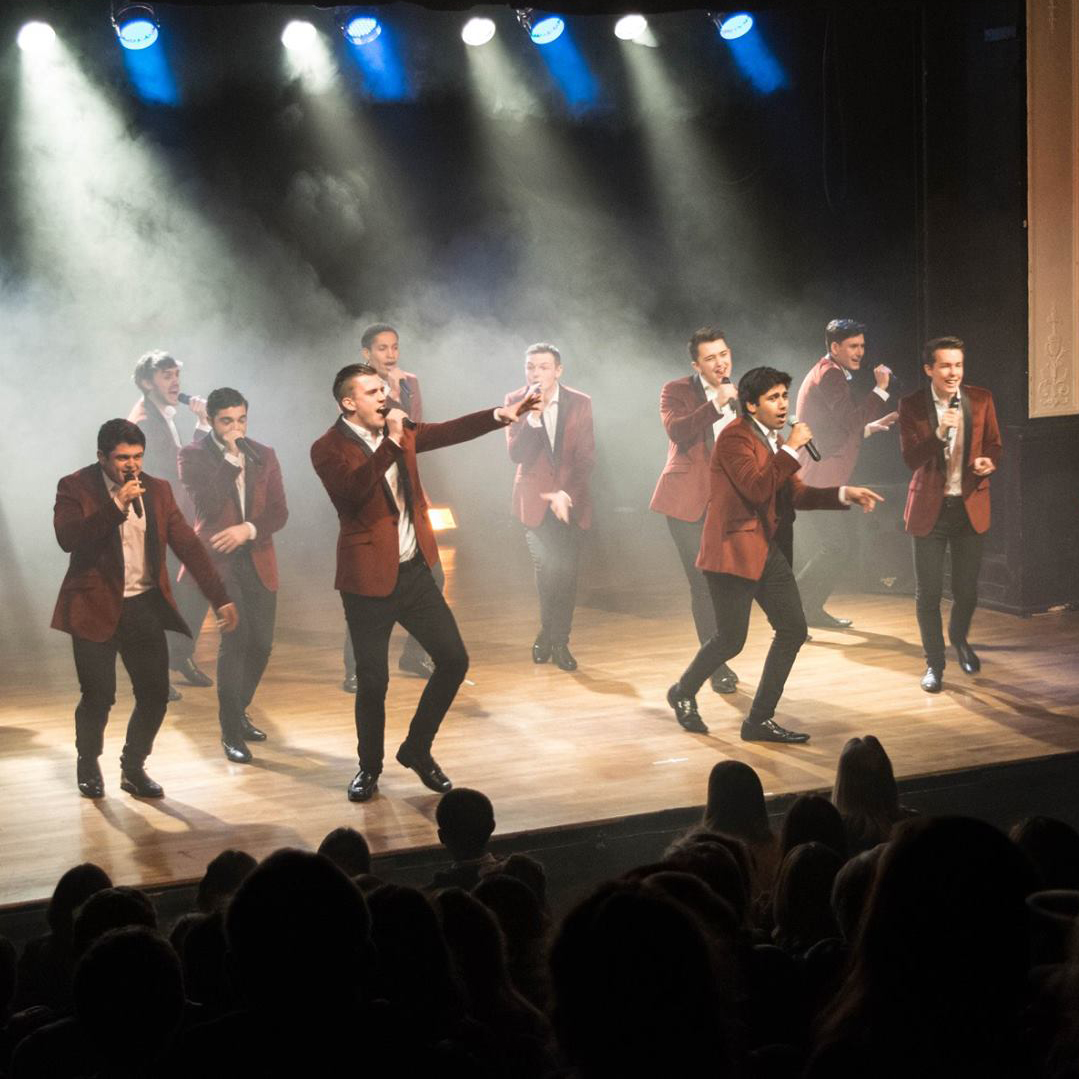 The Venice Institute for Performing Arts is pleased to present the University of Exeter’s infamous all-male singing sensations, Semi-Toned, at the Venice Performing Arts Center! Join us on Friday, April 6th at 7pm for this thrilling journey from the 1970s through present day, all via the medium of music – and completely unaccompanied. The Venice High School choir will be welcoming the audience as they open the show, performing three songs before Semi-Toned takes the stage, and the “boys in burgundy” will keep you entertained with humor, innovation, musicality and amazing dance moves. Watch as they shuffle in Lindy Hop, drop to Beyoncé and do the Macarena.

Semi-Toned was formed in 2010 as a five-man barbershop harmony group at a university which doesn’t teach academic music. Now, in 2017, the group is at the forefront of a cappella in the United Kingdom. The group, based at the University of Exeter in the south west of England is now twelve men strong and in April 2015 earned the title of national champions, having won the Voice Festival UK. Praised for their creativity, uniqueness and vocal acrobatics the group embraces music of a variety of genres to ensure there really is something for everyone in any of their shows. Recent audiences have been wowed by klezmer versions of Gwen Stefani, unlikely mash-ups of Jay-Z and Game of Thrones and the Macarena acted out in the form of an encounter in an Ibiza club in 1996. Semi-Toned are renowned not just for their musically tight performances but also for their inventive choreography and their trademark witty and engaging style.

The group has released a number of music videos, the first of which, ‘Rich Man,’ quickly became a viral hit. They have since built a large online following for their high-quality videos, such as Beyonce’s ‘7/11‘ and their Christmas Charity Single ‘A Very Semi-Toned Christmas’ which raised money for the Order of Malta Volunteers. As well as creating their own material, they are often appear with other artists too; the group has supported Beverley Knight, and was featured on Olly Murs’ UK-wide tour in 2015.

As well as singing and studying at Exeter, Semi-Toned tours extensively, performing at the Edinburgh Fringe every year. They have received excellent critical reception for their shows including The Exe-Men, Game of Tones and Toned Up. The latter won the highly coveted Bobby Award, which is reserved for the highest-rated shows of the Edinburgh Fringe Festival. The group returned to the Fringe in August 2016 with their critically acclaimed show Sing Theory, and again in 2017 with their 5-star sell-out show Stay Tuned.

The group toured the East Coast of the United States in 2015 with shows in New York City, Boston, Washington D.C and New Haven. Semi-Toned returned in Spring 2016 to the East Coast, selling out shows from Florida up to New York. In 2017, their third USA tour took them across the Midwest and Western states, including Texas, California, Oregon, Nevada and Iowa. They will be returning to the East Coast once again in April 2018.

In November and December 2016, Semi-Toned competed in Gareth Malone’s new TV show on BBC2 called The Choir: Gareth’s Best in Britain. After battling it out to represent the South West, the group went on to win the competition with their arrangements of ‘Candle in the Wind’ and ‘Anthem of Praise.’ Don’t miss the boys in burgundy on their fourth U.S. tour – this is a show you won’t want to miss!

Tickets start at $31. Special rates offered for seniors and students and staff of Sarasota County schools. For more information, please visit www.veniceperformingartscenter.com, or call our box office at (941) 218-3779.

Ribbon Cutting Ceremony at the VPAC! 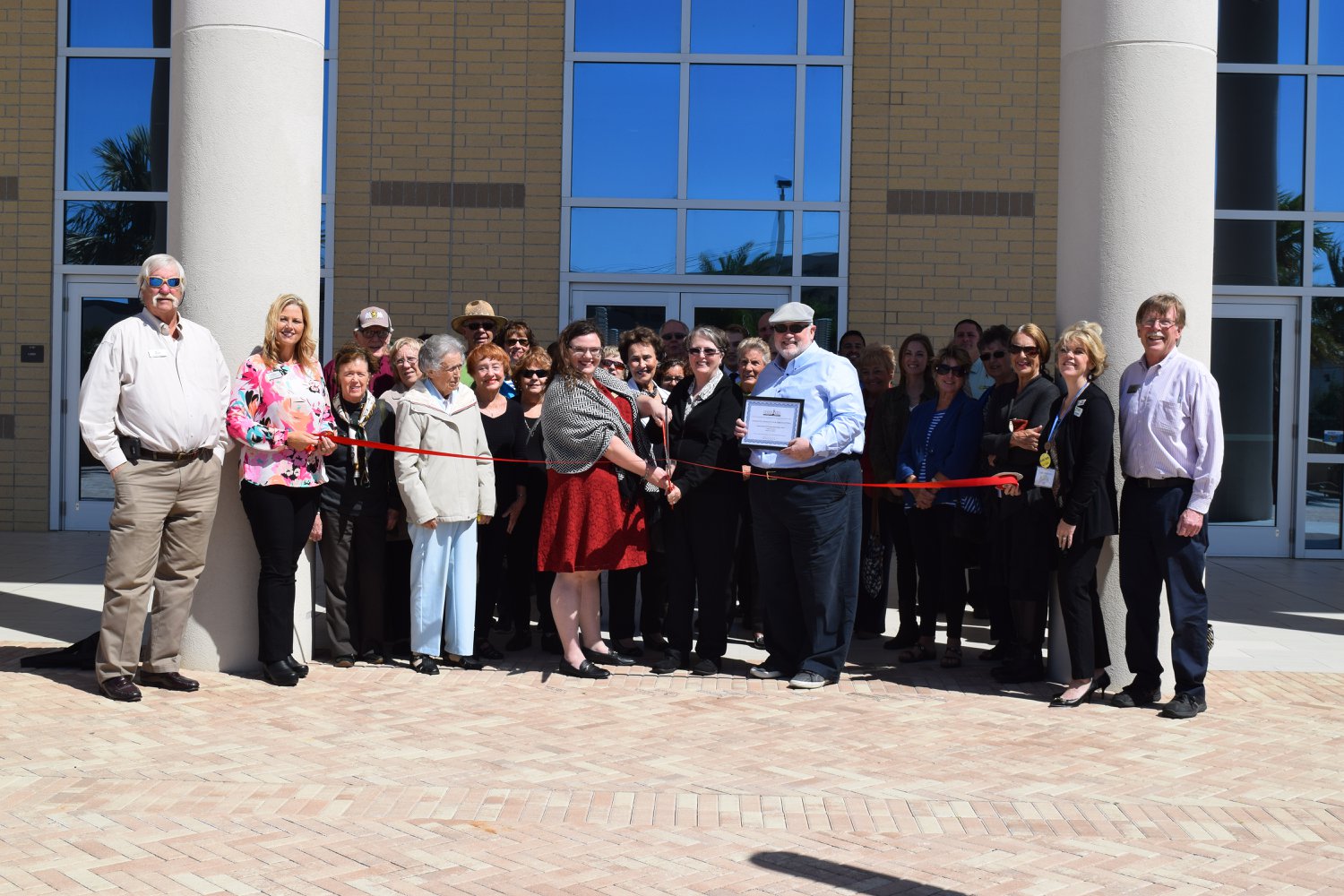