The Venice Institute for Performing Arts is pleased to announce its 2018-2019 season, Passport to the Arts. The season line-up was officially announced via email to the Institute’s subscriber list on Saturday, April 7th, so if you would like to be the first one to receive all the latest updates regarding pre-sales for season packages and tickets, sign up for our newsletter at www.veniceperformingartscenter.com!

Passport to the Arts is about bringing the different cultures and traditions from across the globe right here to Venice, Florida, traveling not only the world but through time and into your imagination as well. Explore the world with your friends and family from home as you watch traditional Cuban ballet, go on a European journey with the sounds of the Sarasota Opera, enjoy a lecture from  local photography legend Clyde Butcher as he shares his Visions of Dali’s Spain, and tap dance in your seats to the cultural sounds and movements of Ireland’s national dance company! This brand new season has something for everyone, with customizable ticket-purchasing options such as 3-show, 6-show, full season or monthly packages, as well as individual shows, so be sure to stay up to date!

The season officially begins with the Sarasota Cuban Ballet School’s annual production of the holiday classic, the Nutcracker on December 8th, and ends with a matinee performance from Ireland’s national dance company, Rhythm of the Dance, on March 24th, with 14 shows in between.

Following last year’s sold out performance of The Nutcracker, the Sarasota Cuban Ballet School is thrilled to be returning to the VPAC for two performances in 2018. Every year, young dancers from the Sarasota Cuban Ballet School perform this holiday classic, and following the publicly acclaimed production of 2017, SCBS will present their classic production for the Venice area audiences once again, conceived and choreographed by the school’s Artistic Directors, Ariel Serrano and Wilmian Hernandez, master teacher Delia Ballart Arcia and resident choreographer Tania Vergara.

As Sarasota Opera embarks in its 60th Diamond Anniversary Season, join the celebration as they take you to an European journey in this recital of Operetta favorites. You’ll hear arias and ensembles from Viennese and French Operetta as well as other selections with piano accompaniment. Featuring principal artists and pianist from Sarasota Opera, this recital is sure to make for a lovely afternoon of entertainment.

IMAGINE an artist creating a masterpiece before your eyes in mere moments.

With a palette that also mixes captivating vocals, intricate choreography and exciting audience interaction – Artrageous takes you on a unique visual journey packed with wild inspiration, creativity and fun! The Artrageous troupe of artists, musicians, singers and dancers pay tribute to a variety of art forms, pop icons and musical genres culminating in a gallery of fabulous finished paintings.

The result? A one of a kind crossover experience! The signature of the Artrageous Troup is interaction and engagement, so be prepared to be a part of the show!

Following this extravagant performance, all paintings will be on display at the Venice Art Center, where they will be auctioned off in a fundraiser on January 24th to benefit both the art center and the Venice Institute for Performing Arts.

It’s not just the music, it’s memories. Take a journey back in time with Decades Rewind. Disco, Funk, Rock, Motown, and all the hits of the 60’s, 70’s, & 80’s take center stage in this theatrical music production. Come celebrate the hits of the 60s, 70s and 80s, the most prominent decades in music history.Featuring over 60s songs, 100 costume changes and nostalgic video. From Aretha to Zeppelin, Decades Rewind will have you singing and dancing in the aisles.

The Filharmonic, an LA-based a cappella group of Filipino-American youngsters who were featured in NBC’S hit musical competition, The Sing-Off, has much to sing about. The 5-piece vocal group made the semi-finals, joined The Sing-Off national tour, and were featured in the Universal Pictures hit movie, Pitch Perfect 2, setting off a viral sensation after their Late Late Show appearance. Since 2016, The Filharmonic has been bringing their unique blend of hip hop, pop and 90’s nostalgia to more than 150 college stages nationwide and was named the #1 college booked entertainment group of the year.

Terry Myers, currently the leader of the Tommy Dorsey Orchestra, will be returning to the VPAC for another incredible evening with The Benny Goodman Tribute, a project in which he has been involved for more than twenty years.  The band has been featured at nearly all of the main concert halls in Florida including The Naples Philharmonic Center For The Arts, The Van Wezel Center, The Kravis Center as well as Busch Gardens in Virginia. Based in Orlando, its members have played in almost every prominent big band in the country.  The audience can expect to hear exciting versions of most of Benny’s biggest hits of both the big band and smaller groups.

The New Christy Minstrels®, Still Under the Direction of Randy Sparks: Friday, February 8th at 7pm

Grammy Award-winning folk legends, The New Christy Minstrels®, Still Under the Direction of Randy Sparks, are back at the VPAC for another exciting season!

Join us in February for a SPECIAL SURPRISE!  You will be introduced to the four gold nuggets from The NCM who comprise:  “Randy Sparks & The Cockamamie Quartette”, ALL NEW SONGS written by Randy Sparks in this crazy wacky quartette who do the Coffee House genre of comedy and folk music. Don’t miss this exciting musical happening! There will be a meet and greet after the concert, so bring your cameras and old albums.  See you there!

Much more than just your typical tribute band, Good Vibrations celebrates the legacy and spirit of the legendary California icons by re-creating the timeless music; youthful appearance and excitement of seeing the original Beach Boys lineup LIVE once again in their mid-1960’s prime.  This high energy production brings the days of sun, surf and cars vividly back to life with all the famous Beach Boys anthems, surf guitar shreds and ocean-deep harmonies faithfully reproduced right before your eyes and ears exactly the way you remember them.

The Vienna Boys Choir, renowned as one of the finest vocal ensembles in the world for over five centuries, is a frequent visitor to North America, performing throughout the country in everything from houses of worship to great concert venues like New York’s Carnegie Hall and Chicago’s Symphony Hall. The enormously popular chorus is comprised of four separate ensembles of boys between the ages of 10 and 14, totaling choristers at the Vienna Boys Choir school at any given time.

The Vienna Boys Choir can trace its history as far back as the 13th century but it was formally established at Vienna’s Imperial Chapel in 1498 by Holy Roman Emperor Maximilian I. Today’s Vienna Boys Choir is comprised of talented young singers from all over the world who are admitted by audition. The choir visiting the U.S. this fall, led by its conductor Manolo Cagnin, includes boys hailing from Austria, Cambodia, China, France, Germany, Iceland, Italy, Japan, Korea, New Zealand and the Philippines. The group will be featured in a new film, Curt Faudon’s Good Shepherds, to receive its North American premiere in the fall.

ALL HANDS ON DECK!: Sunday, February 24th at 3pm

The ALL HANDS ON DECK! Show brings you an authentic American roadshow and radio broadcast re-creation circa 1942 filled with heart-warming songs, tight harmonies, rousing on-air antics, classic commercials and a sing-a-long excitement, all accompanied by the warm sounds of the live nine-piece Hollywood Victory Caravan Orchestra!

Audiences of all ages grin from ear-to-ear with delight as we unite with this heart-warming, toe-tapping musical message for all Americans!  With 42 of the greatest American songs ever written and a message that inspires, it’s time for America’s most patriotic show … ALL HANDS ON DECK!

The Sarasota Cuban Ballet School returns in 2019 to present a performance that is sure to move, thrill and delight all dance lovers. Prepare to be wow’d by the artistry, strength and passion of Cuban ballet as these young dancers bring to the stage a vast repertoire of classical and contemporary dance works.

Back by popular demand, the Edwards Twins Direct From Las Vegas! Remember all the wonderful Variety shows we all grew up on in the 70’s & 80’s? Now is your chance to see them live and re-created by Las Vegas’ number one impersonators of all time. All your favorite legendary Superstars come alive in An Evening with The Stars.The NBC Today show says “it’s one of the most extraordinary shows we have ever seen.” Sonny & Cher, Billy Joel, Elton John, Neil Diamond, Lionel Richie, Stevie Wonder, Ray Charles, Lady Gaga, Celine Dion, Rod Stewart, Bette Midler, Barbra Streisand, Andrea Bocelli, Tom Jones, and many many more hosted by THE EDWARDS TWINS FROM LAS VEGAS. All live vocal. USA TODAY and THE BOSTON GLOBE raves “A Must see show” Each Star sings their number 1 hits as well as of your favorite Songs…

For Salvador Dalí, the landscape of his homeland was always an essential feature of his work and outlook on life. Nearly two years ago, The Dalí Museum sought out Butcher to use his talents to capture a body of images of Dalí’s Mediterranean home, featuring some of the world’s most dramatic landscapes. Butcher traveled to the village of Cadaqués, where Dalí spent summers while growing up, Dalí’s house in Port Lligat and the rugged region of Cap de Creus – all areas that are prominently featured in Dalí’s works. The thoughtfully curated collection will feature 41 photos that take viewers on a journey through the Catalonian region, with images ranging from an intimate 2 feet to a panoramic 8 feet. The exhibit will be Butcher’s first photographic exhibition of Spain, as well as the first time he has been commissioned to photograph an area that influenced another artist.

Come and hear Mr. Butcher’s lecture, Visions of Dali’s Spain, and go on a journey through scenic Europe!

“We’re dedicated to sharing the art, life and world of Dalí with our community, “said Peter Tush, Dali Museum Curator of Education. “This show allows us to do just that in an immersive, yet intimate way. Butcher captured the sublime beauty of Dalí’s Mediterranean world in exquisite detail, providing a portal between their two worlds for our guests to explore.”

Queen Nation, a tribute to Queen, was formed in 2004. The mission of the show is to carry on the musical torch and pay homage to the golden age of vintage Queen concerts.

Queen Nation’s live 90-minute production of Queen’s greatest hits preserves the image, sound, and stage persona of vintage Queen. Considered THE BEST Queen Tribute in all of the US, audiences are amazed at the accuracy of their live retrospective journey through such Queen songs as We Will Rock You – Bohemian Rhapsody – We Are The Champions – Crazy Little Thing Called Love – You’re My Best Friend – Another One Bites The Dust – Under Pressure and many more.

Rhythm of the Dance: Sunday, March 24th at 2pm

This two-hour dance and music extravaganza contains a wealth of Irish talent. The show is an inspiring epic, reliving the journey of the Irish Celts throughout history. Using modern art forms of dance and music, this richly costumed show marries the contemporary and the ancient. Combining traditional dance and music with the most up to date stage technology, the show is a thousand year old story executed with all the advantages of the modern day stage show.

For more information regarding show descriptions, ticket purchases, or general questions regarding the Venice Institute for Performing Arts 2018-2019 season, please visit www.veniceperformingartscenter.com or call our box office at (941) 218-3779.

3 Easy Ways To Add Art To Your Child’s Life 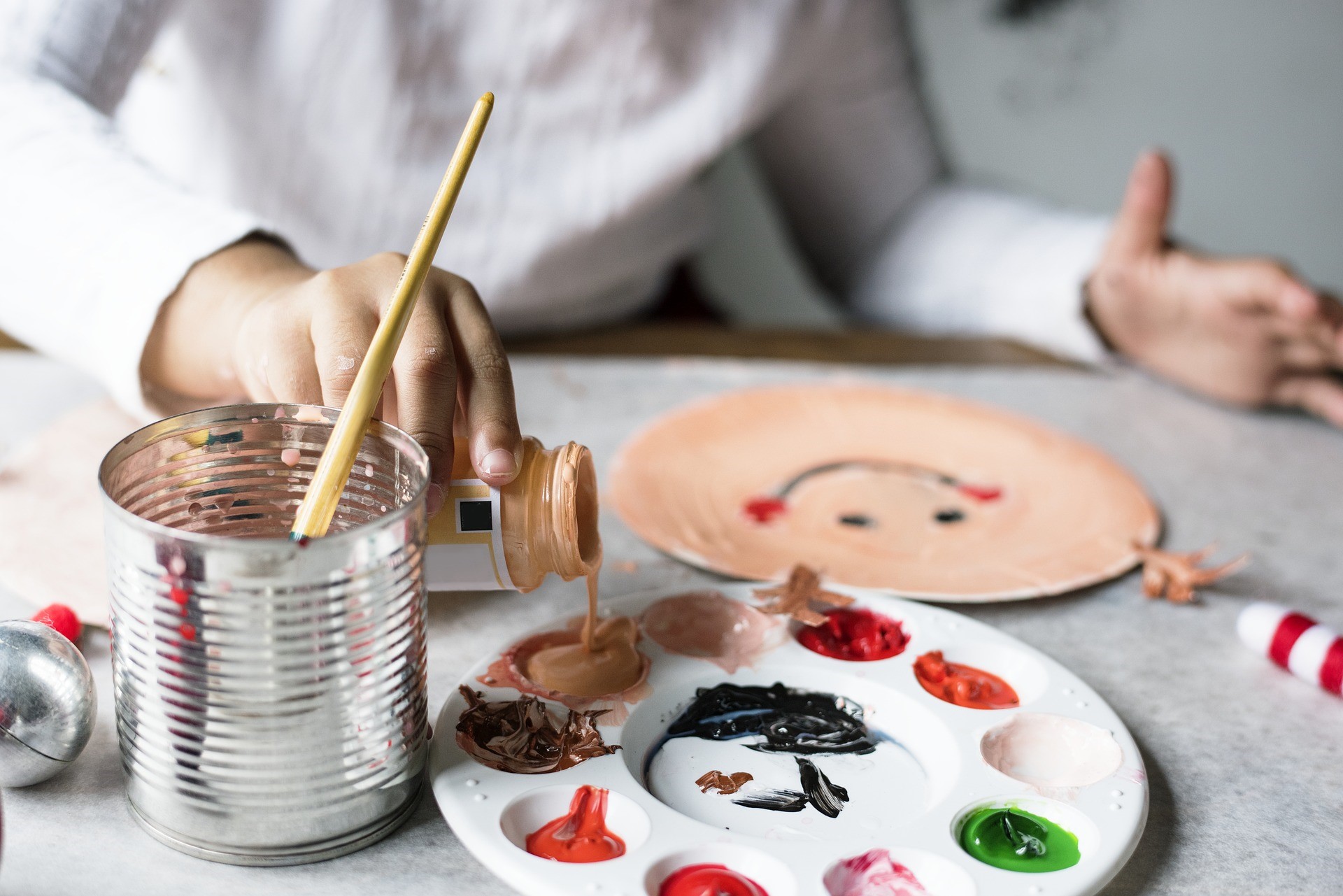 Celebrating our Apprentices!
Scroll to top