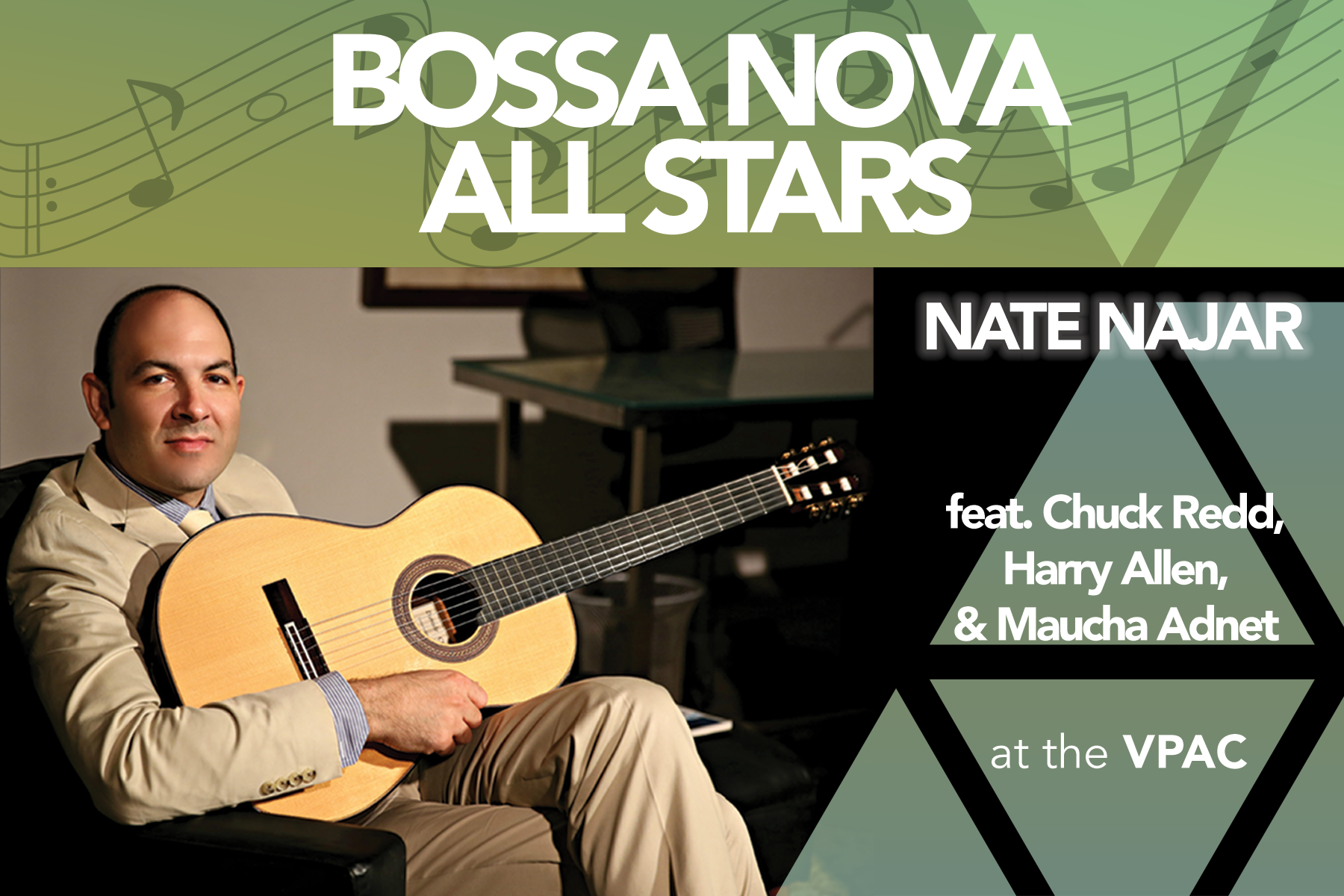 Bossa Nova All Stars at the Venice Performing Arts Center The Venice Institute for Performing Arts and the South County Jazz Club are pleased to present an evening of sizzling jazz samba with the Bossa Nova All Stars! Join us at the Venice Performing Arts Center on Saturday, March 31st at 7pm for this performance featuring nylon string guitarist Nate Najar, vibraphonist Chuck Redd, tenor saxophonist Harry Allen, and the stunning Maucha Adnet on vocals. The gorgeous Brazilian sounds of Antonio Carlos Jobim, João Gilberto, Stan Getz and Charlie Byrd sound as fresh and new as when they took the world by storm with The Girl From Ipanema, Desafinado, and many more hits.

Bossa nova is a genre of Brazilian music, which was developed and popularized in the 1950s and 1960s, and is today one of the best-known Brazilian music genres abroad. The phrase bossa nova means literally “new trend” or “new wave.”  A lyrical fusion of samba and jazz, bossa nova acquired a large following in the 1960s, initially among young musicians and college students but is now a widely-popularized form of music amongst all ages. Bossa nova is most commonly performed on the nylon-string classical guitar, played with the fingers rather than with a pick. Its purest form could be considered unaccompanied guitar with vocals, as created, pioneered, and exemplified by João Gilberto. Even in larger, jazz-like arrangements for groups, there is almost always a guitar that plays the underlying rhythm.

Bossa nova has at its core a rhythm based on samba. Samba combines the rhythmic patterns and feel originating in former African slave communities. However, unlike samba, bossa nova doesn’t have dance steps to accompany it. Overall, the rhythm has a “swaying” feel rather than the “swinging” feel of jazz. As bossa nova composer Carlos Lyra describes it in his song “Influência do Jazz”, the samba rhythm moves “side to side” while jazz moves “front to back”. Bossa nova was also influenced by the blues, but because the most famous bossa novas lack the 12-bar structure characteristic of classic blues, as well as the statement, repetition and rhyming resolution of lyrics typical of the genre, bossa nova’s affinity with the blues often passes unnoticed.

Nate Najar is an American guitarist, music producer, and composer who plays mostly as a fingerstyle guitarist, playing the classical guitar within the jazz tradition. Originally from St. Petersburg, Florida, Najar studied classical guitar under Frank Mullen and developed an instrumental style for which he’d receive most recognition. He has played with many jazz musicians, including Ken Peplowski, John Lamb, Bucky Pizzarelli, Eric Darius, and others. Swing Bros. recording artist Harry Allen has over thirty recordings to his name. Harry has performed at jazz festivals and clubs worldwide, frequently touring the United States, Europe and Asia. He has performed with Rosemary Clooney, Ray Brown, Hank Jones, Kenny Burrell, and more, and has recorded with Tony Bennett, Johnny Mandel, and Sheryl Crow.

Chuck Redd is an American jazz drummer and vibraphonist. Redd began touring the globe and recording when he joined the Charlie Byrd Trio at the age of 21. To his credit are 25 European tours and six tours of Japan with the Barney Kessel Trio, Ken Peplowski, Terry Gibbs and Conte Candoli. Redd’s career highlights include a concert with the Dizzy Gillespie Quintet in Africa for the Namibian Independence Celebration, a recital at the White House with the Barney Kessel Trio, concerts at Carnegie Hall with Mel Torme‘s All-Star Jazz Quintet, and appearances on The Tonight Show. Redd served as Artist-In-Residence at The Smithsonian Jazz Café in Washington, DC from 2004–2008. In addition to leading his own groups, he was a member of the Smithsonian Jazz Masterworks Orchestra for 15 years. He is also on the faculty at The University of Maryland School of Music and presents master classes, workshops and lectures around the country.

Maucha Adnet was born in Rio de Janeiro, Brazil, and started her professional singing career at the age of 15, as  a member of vocal group Céu da Boca. Maucha has performed in Jazz Festivals and venues such as Carnegie Hall (NY), Avery Fisher Hall (NY), Hollywood Ball (LA), Bill Graham Wiltern Theatre (LA) and many others. She was the guest vocalist on Randy Brecker’s Grammy Winner CD ‘Into the Sun’. Most recently she was the guest vocalist performing with Wynton Marsalis and the Lincoln Center Jazz Orchestra with Cyro Baptista at  Alice Tully Hall.

Tickets start at $36. Special rates offered for seniors and students and staff of Sarasota County schools. For more information, please visit www.veniceperformingartscenter.com, or call our box office at (941) 218-3779.

The Gatlin Brothers at the VPAC! 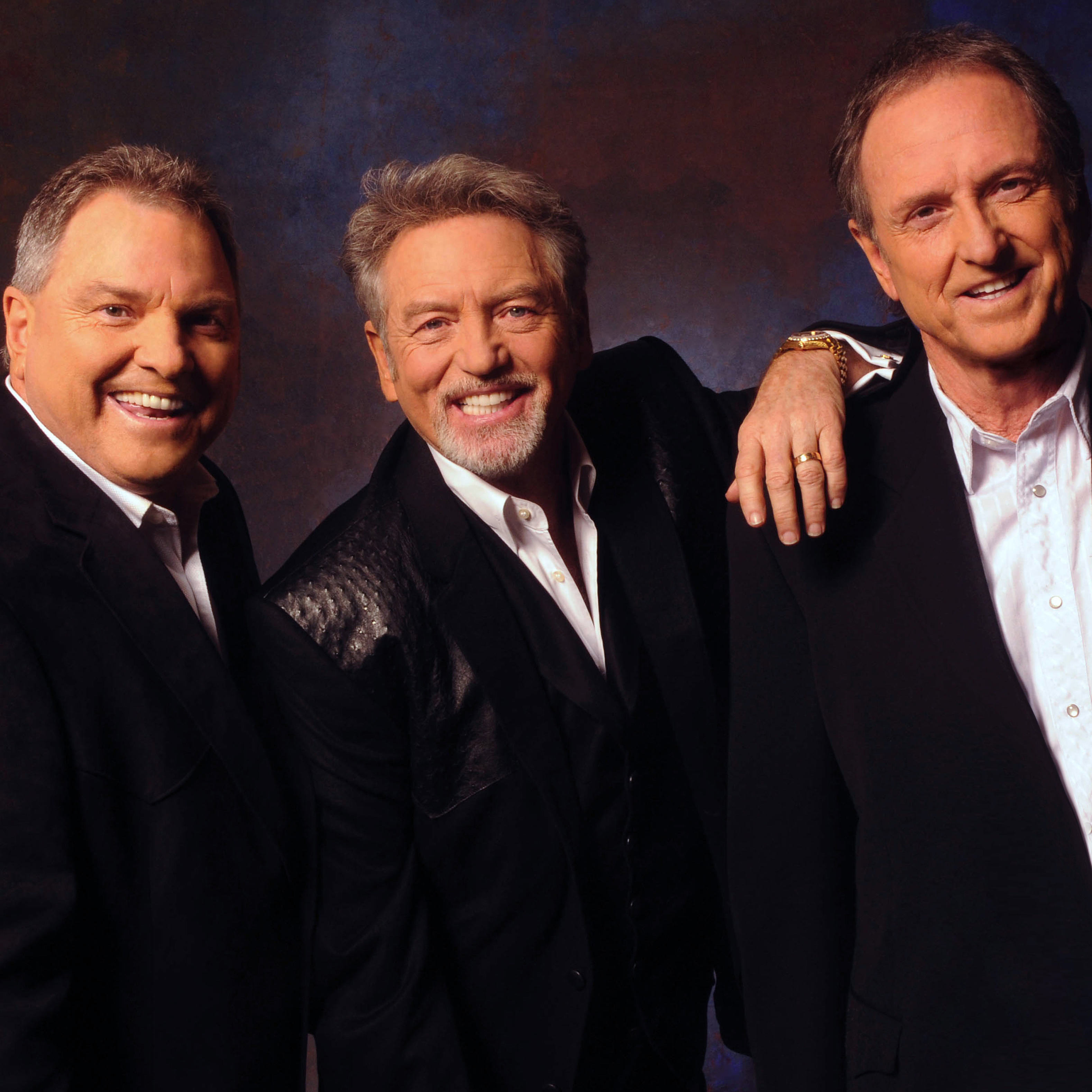 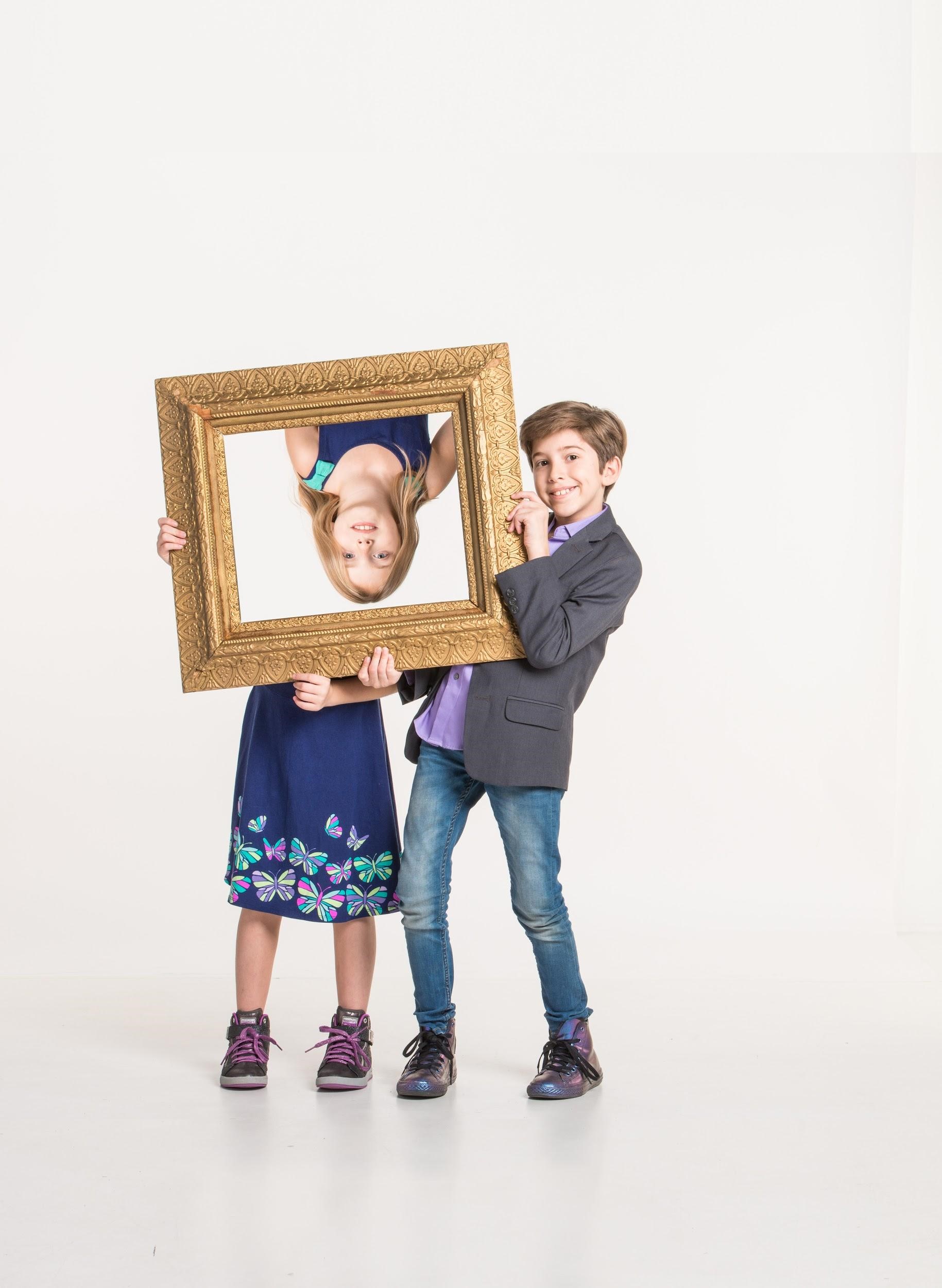 Kadan Bart Rockett at the VPAC!
Scroll to top