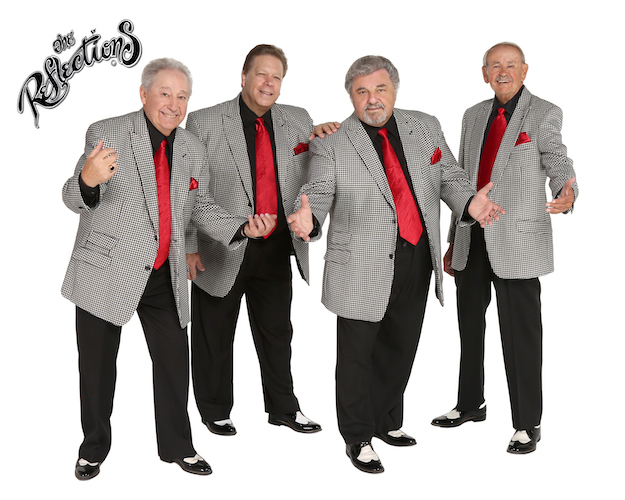 The Reflections made history in 1964 with their song “Just Like Romeo and Juliet”, elbowing its way to Billboard’s #1 R&B and #6 Pop in an era where the British invasion was dominating both the charts and the airwaves. Now the reflections bring their tremendous vocal ability to the Venice Performing Arts Center Stage. Terry Stewart, President of the Rock & Roll Hall Of Fame put it best when he said “These guys could sing the phone book and bring the house down”.

Today The Reflections are better than ever, performing their show entitled “The Best Of Bandstand” which takes their audience on a nostalgic stroll down memory lane. The show features the hits that they sang on their numerous appearances on American Bandstand, as well as the greatest hits of many of the other artists that appeared on the show over the years.